Although relatively small, members with interests in Biomedical Acoustics (formely Biomedical Ultrasound/Bioresponse to Vibration) have been well represented with achievement awards from the Society. While there are many other honorees that could be listed, below are awards that were specifically given in recognition of work within this TC.

Details of the awards selection process are available as a PDF. View PDF.

The Silver Medal is presented to individuals, without age limitation, for contributions to the advancement of science, engineering, or human welfare through the application of acoustic principles or through research accomplishments in acoustics.

Silver Medal in Bioresponse to Vibration

Two or more Technical Committees may nominate candidates whose work overlaps more than one technical area. In 1995 this award was designated the Helmholtz-Rayleigh Interdisciplinary (HRI) Silver Medal.

Silver Medal in Physical Acoustics and Bioresponse to Vibration

The R. Bruce Lindsay Award, formerly called the Biennial Award, is presented in the Spring to a member of the Society who is under 35 years of age on 1 January of the year of the Award and who, during a period of two or more years immediately preceding the award, has been active in the affairs of the Society and has contributed substantially, through published papers, to the advancement of theoretical or applied acoustics, or both. 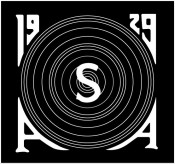 The premier international scientific society in acoustics, dedicated to increasing and diffusing the knowledge of acoustics and it’s practical applications.

Join the Acoustical Society of America …